Cervical cancer could be eliminated through the use of two drugs normally used to treat breast cancer and osteoporosis, a US study suggests [1]. 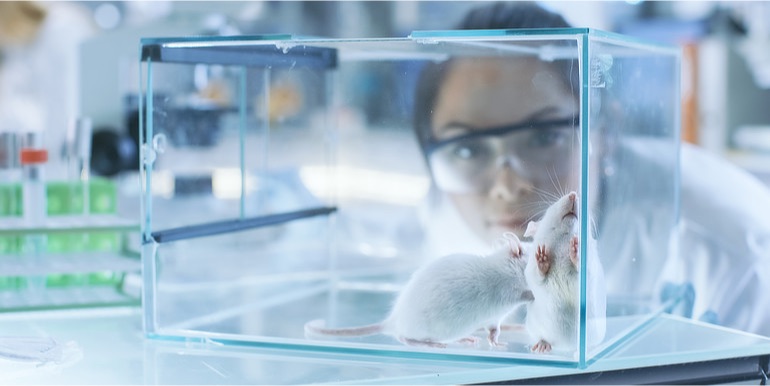 Researchers at the University of Wisconsin School of Medicine and Public Health carried out tests on mice and found that the drugs, fulvestrant and raloxifene, cleared precancerous cells from the cervix and vagina as well as averting the onset of cancer in mice with precancerous lesions.

Senior author Paul Lambert said the team have already started to investigate whether the success of the drugs in treating cervical cancer translates to human cells as well as mice.

Lab studies will take up to two years to complete but could soon be followed by phase two or three clinical trials, as the drugs have already been approved for clinical use.

The study, which appears in the November 9th edition of the Proceedings of the National Academy of Sciences, sought to find out why nearly all women with cervical cancer test positive for human papillomavirus (HPV) 16, yet not all women infected with HPV get cervical cancer.

Dr Lambert explained that the responsiveness of the cervix to the hormone oestrogen shifted their focus onto its role in cervical cancer development. Sang-Hyuk Chung, a postdoctoral fellow in Lambert's lab, was able to pinpoint oestrogen receptor (ER) alpha as crucial to this process.

"We then wanted to learn if drugs that interfere with the receptor and block oestrogen's ability to bind to it could be used to treat or prevent cervical cancer," Dr Chung said.

The use of fulvestrant, an ER alpha blocker used in breast cancer treatment, was found to eradicate all signs of cancer in 11 out of 13 HPV-positive mice with cervical cancer, and similar results were obtained when fulvestrant was replaced with raloxifene, which is used in the treatment of breast cancer and osteoporosis.

Commenting on the findings, Dr Joanna Owens, Cancer Research UK's science information manager, said: "This interesting study adds to our knowledge of how cervical cancer develops but we're some way from knowing if drugs that block oestrogen would benefit women with the disease.

"We certainly need improved treatments for women diagnosed with advanced cervical cancer and this research could help towards that goal if these early laboratory findings translate to human cancer."