Cervical cancer (sometimes referred to as “cervical carcinoma”) is a malignant disease which starts in the cervix, the lower part of the uterus (womb) that opens at the top of the vagina.

Cancer of the cervix can take many years to develop. Before it does, changes occur in the cells of the cervix. These abnormal cells are not cancerous, and are called cervical intra-epithelial neoplasia (CIN). Some doctors call these changes pre-cancerous. This means that the cells might develop into cancer in some women if they are not treated. It is important to know that most women with CIN do not develop cancer.

Incidence of cervical cancer in the Czech Republic

Each year, approximately 800 new cases of cervical cancer are diagnosed in the Czech Republic, and more than 300 Czech women die of this disease (Figure 1). In the long term, the annual incidence rate of cervical cancer in the Czech Republic had been about 20 per 100,000 women; however, it has begun to decrease in the last few years (Figure 2). There are significant differences between the East and West of the European Union: cervical cancer is much more prevalent in post-communist countries. Cervical cancer screening programmes have been running for decades in West European countries, while they have been only recently established in Eastern Europe. 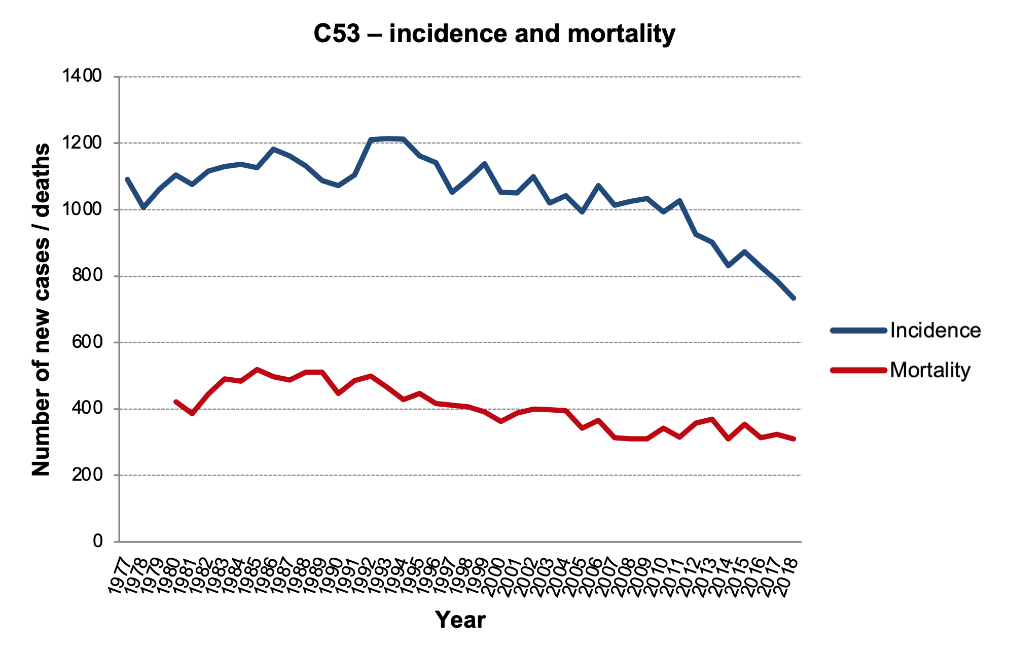 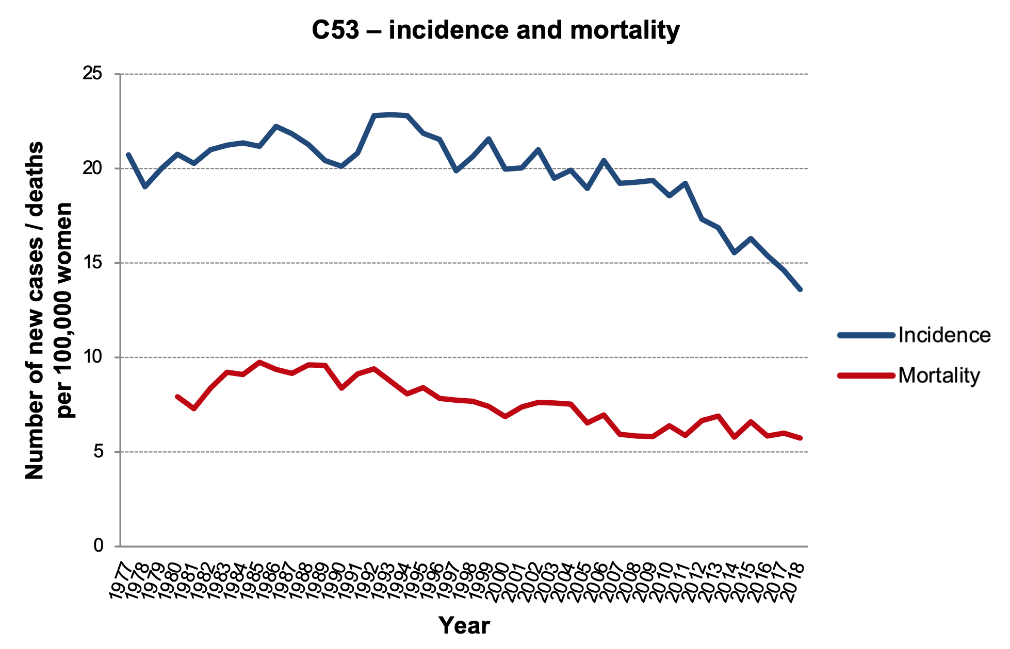 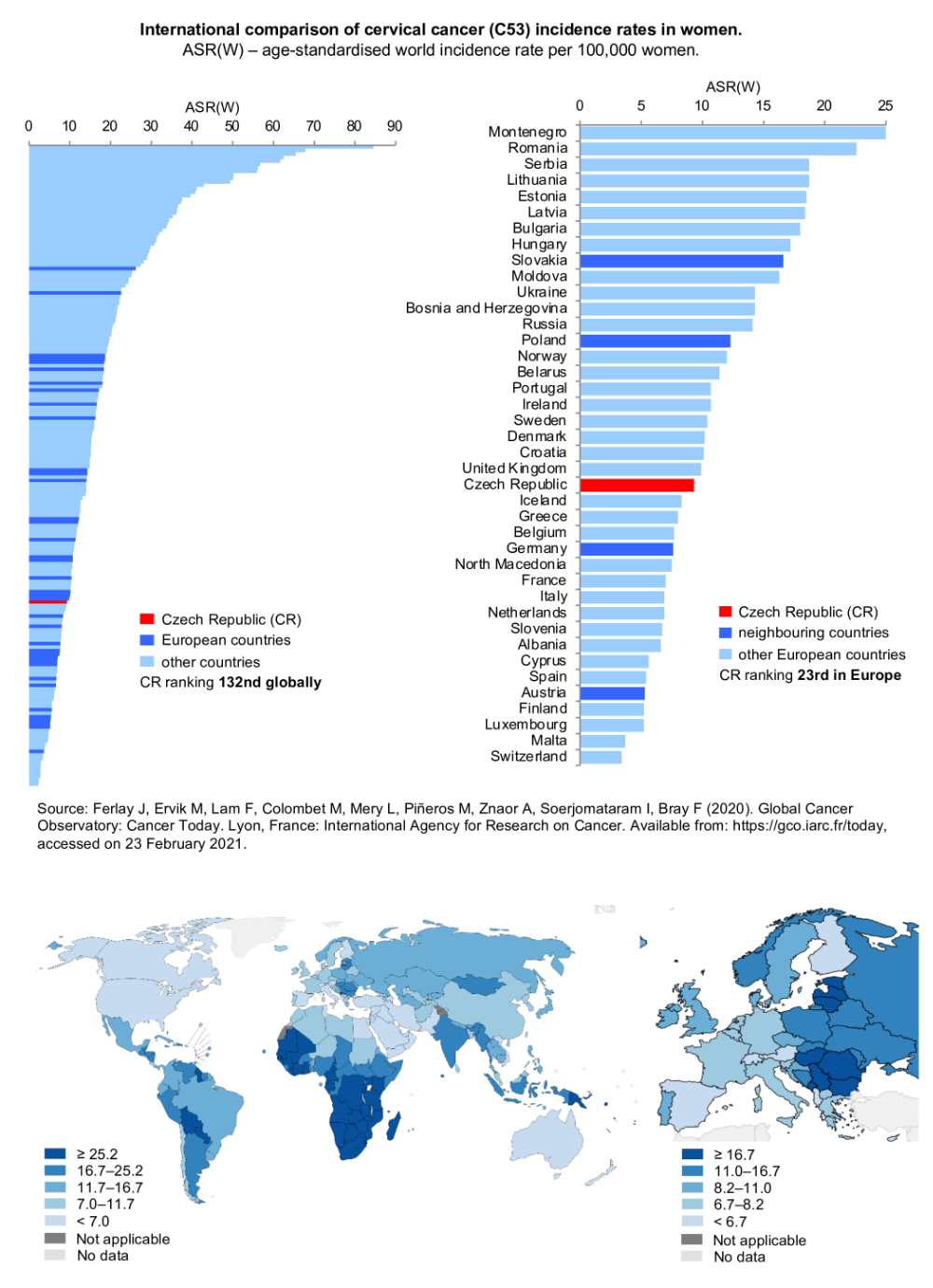 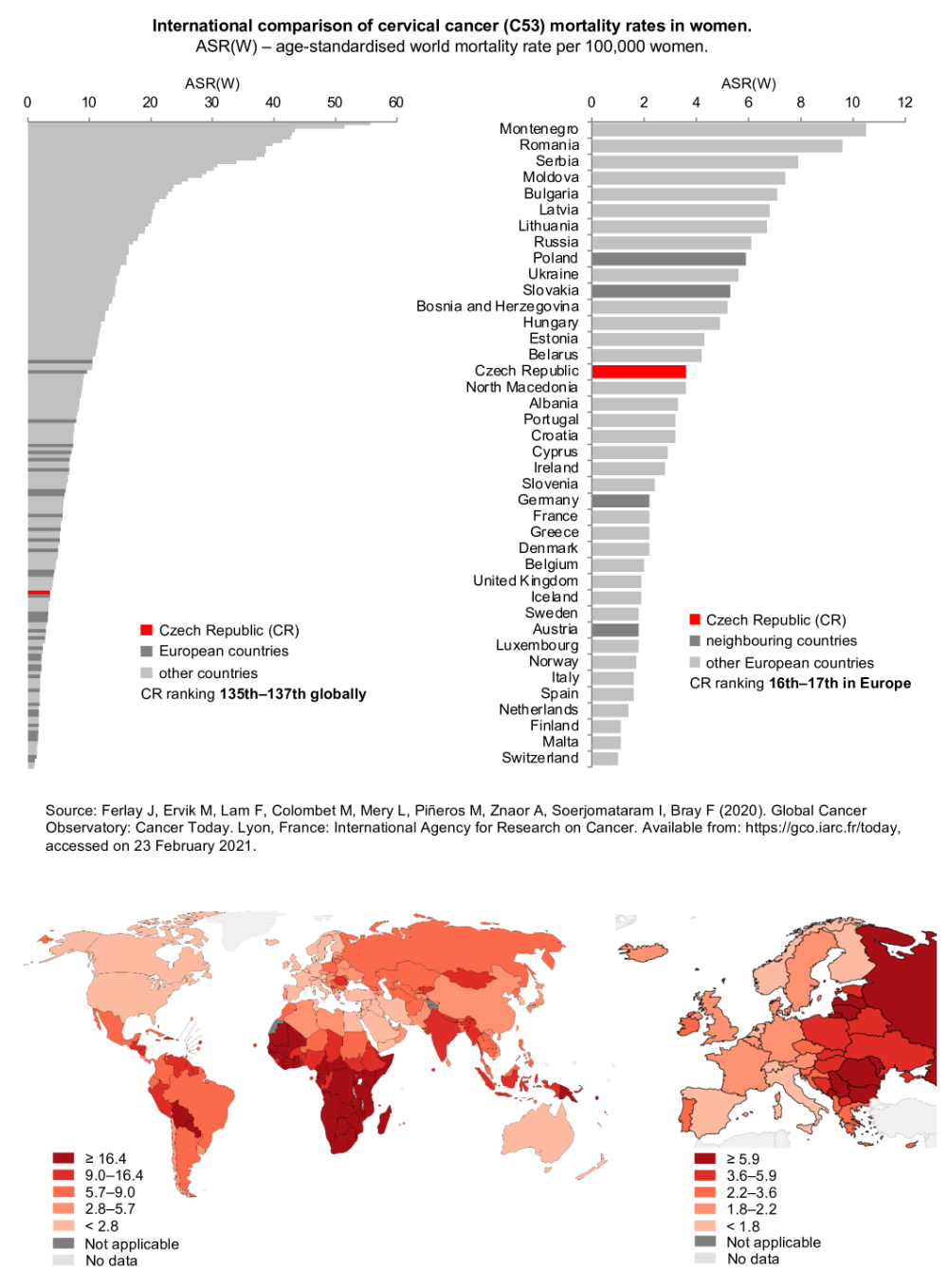 The most important risk factor for cervical cancer is infection by the human papillomavirus (HPV). This virus is passed from one person to another mostly during sexual intercourse, young girls being the most vulnerable to the infection. For this reason, they are most at risk in the period of searching for a stable sexual partner. Two in three Czech women get infected with HPV before the age of 35. In most cases, they do not even know about it, because their immune system has already destroyed the virus. In about 5% of women, however, the virus can persist in the epithelium of the cervix for decades. Sometimes, this seemingly harmless infection can develop into a precancerous lesion and even into a malignant tumour.

Precancerous changes are asymptomatic, which means they do not have any symptoms). This is why it is very important for women to have regular gynaecological examinations. Late symptoms involve lower abdominal pain, bleeding after sexual intercourse, or foul smelling vaginal discharge. (These symptoms do not necessarily indicate a malignant tumour, but they are good reason for a woman to see her gynaecologist anyway.)