The Cervarix vaccine provides protection against two types of human papillomavirus (HPV) for more than six years, US scientists have reported [1]. 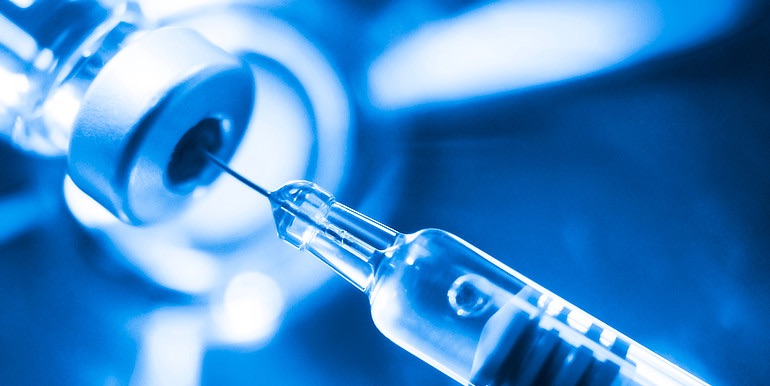 Cervarix is manufactured by GlaxoSmithKline and protects against HPV types 16 and 18, which are responsible for the majority of cases of cervical cancer.

Previous studies have shown the vaccine to be effective over a sustained period of time and the latest study, which is published in the Lancet medical journal, provides further evidence [1].

The report contains the final analysis of a study which originally began in 2001 and was extended to enable participants to be followed for nearly six and a half years after their vaccination.

The follow-up study involved nearly 800 women, half of whom had received the vaccine between the ages of 15 and 25 years, and half who had been given a placebo (dummy vaccine).

Participants provided cervical samples every six months which were tested for the presence of HPV.

Scientists at the University of New Mexico and GlaxoSmithKline have now combined results from this follow-up study with data from the initial investigation to give a better indication of the vaccine's overall efficacy in the short and long term.

Analysis revealed that the vaccine was 95 per cent effective against infection with HPV strains 16 and 18 and prevented long-lasting infection in every case.

None of the women developed pre-cancerous changes as a result of HPV 16 or 18 infection.

Women who had been vaccinated still had high levels of antibodies against HPV after six years, and because the number of women reporting adverse events was very similar in the vaccinated group and the placebo group, none of these are thought to have been linked to the vaccine.

The authors concluded: "Although further assessment is necessary to confirm long-term vaccine effects, in view of the data from our study, we expect protection to continue for many more years."

Writing in an accompanying editorial [2], Dr Gary Clifford, from the International Agency for Research on Cancer in Lyon, France, said that countries should focus on vaccinating young girls who have not yet had sex.

He argued that the target age "is a balance being early enough to catch girls before sexual debut, but late enough to provide an as yet unknown duration of immunity that protects during as many subsequent years of sexual activity as possible".

"The data in today's study would suggest that this window of protection is at least six years, but also leads us to strongly suspect that, as these and other vaccinated women are followed up, the period of protection might be much longer."

Ed Yong, Cancer Research UK's head of health information, said: "To be effective, the HPV vaccine needs to provide protection against infection long after a woman receives her final shots. These new results suggest that this protection lasts for well over six years and, while longer follow-up studies are needed, this news is encouraging.

"But no matter the length of protection, the HPV vaccine only protects against two strains of the virus and it cannot prevent all cases of cervical cancer. This is why it is still important for women to take part in cervical screening if invited."