Patients with early-stage cervical cancer could benefit from a modified surgical technique that offers fewer complications and reduces the chances of the cancer coming back, German scientists have said [1]. 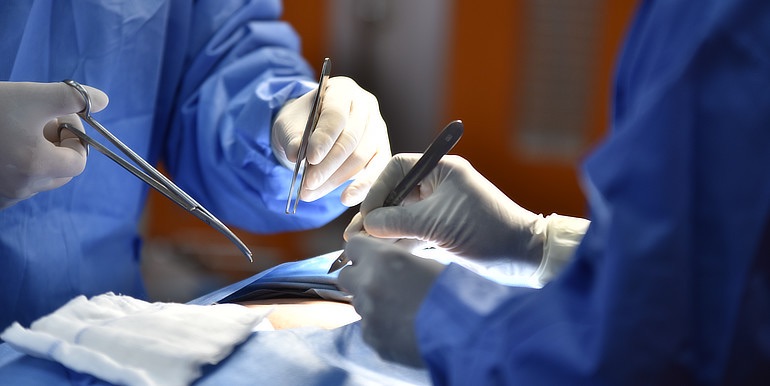 The technique, called total mesometrial resection (TMMR), allows surgeons to perform a hysterectomy, or removal of the womb, with a greater degree of accuracy.

It involves removing what surgeons call 'the Mullerian compartment', which consists of the fallopian tubes, womb, proximal and middle vagina and their surrounding tissue.

This aims to reduce the risk of nerve damage, which sometimes occurs after traditional surgery and can lead to bladder and bowel dysfunction.

In addition, the procedure does not require a patient to undergo radiotherapy after their operation, and so rules out the unpleasant side-effects commonly associated with the therapy.

Researchers at the University of Leipzig, led by Professor Michael Hockel, assessed the effectiveness of TMMR without radiotherapy in 212 patients, all of whom were treated for early-stage cervical cancer between 1999 and 2008.

They found that 96 per cent of patients were still alive after five years and, after an average follow-up period of 41 months, just ten patients had experienced a recurrence of their cancer.

The overall rate of tumour recurrence was just five per cent, despite the fact that 134 of the patients (63 per cent) had factors that placed them at high risk of their cancer returning, such as a large tumour or positive lymph nodes.

With the current surgical technique, the overall recurrence rate is significantly higher - 28 per cent - in patients with these high-risk factors.

Publishing their findings in the journal Lancet Oncology, the researchers concluded that TMMR without radiotherapy could improve survival by between 15 and 20 per cent.

Liz Woolf, head of Cancer Research UK's patient information website CancerHelp UK, said: "This new surgical technique seems to have the potential to help women with early-stage cervical cancer avoid some of the unpleasant long-term effects of a hysterectomy and radiotherapy.

"While curing cancer must be the priority, it's important to do everything possible to improve the quality of life for women after cervical cancer treatment.

"But it will take time to confirm these results in larger trials, and then - if the technique is effective - to bring it into surgical training and practice across the UK."