Screening for HPV infection alone more accurate than Pap Test in the detection of cervical cancer, especially in younger women

Screening for human papillomavirus (HPV) infection alone gives more accurate results than Pap (smear) testing for cervical cancer, say the authors of two papers to published today in the journal Gynecologic Oncology [1, 2]. HPV infection causes almost all cervical cancer, and it is estimated that more than half of sexually active people are infected with HPV at some point in their lives. Now new research has shown that in many cases, an HPV test alone can be used for cervical cancer screening instead of a Pap or cotesting with both an HPV and a Pap test, the researchers say. 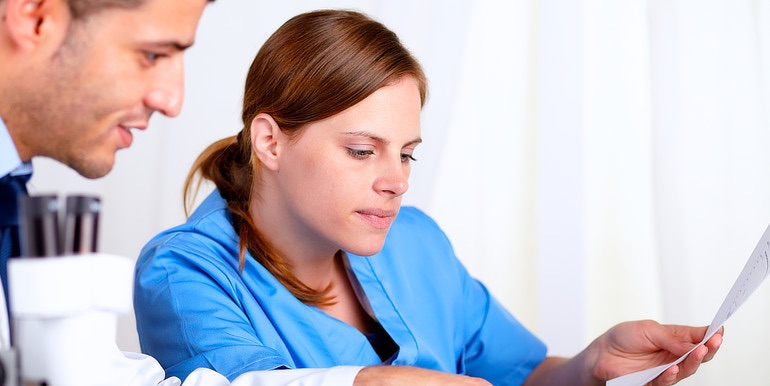 In the first paper [1], Dr Warner Huh, from the Department of Gynecologic Oncology, University of Alabama, Birmingham, USA, sets out the findings of a panel convened to provide guidance on using HPV as the first-line primary screening test. The panel included representatives from all the major US organizations involved in cervical cancer screening, and addressed questions related to the safety and effectiveness of HPV testing for primary screening and whether it could be considered as an alternative to the screening methods currently in use in the US. The panel was convened because of an application to the Food and Drug Administration (FDA) for an existing HPV test to be used for primary HPV cervical cancer screening. The guidance was based on a literature review and also on review of data from the ATHENA study which was conducted to support the primary screening application to the FDA.

"We found that, in patients aged 25 years and upwards, primary HPV testing performed better than a Pap alone, and we recommend that such tests should be carried out no sooner than every three years. This is an important advance in cervical cancer screening because it offers a better reassurance of low cancer risk compared to Pap screening, which is also carried out at three year intervals," Dr Huh said.

Infection with just two HPV genotypes, 16 and 18, is responsible for about 70% of all invasive cervical cancers worldwide. The panel recommends that patients testing positive for either of these two high risk genotypes should have immediate colposcopy – a procedure using a lighted magnifying device that allows doctors to see abnormal areas in the cervix that would be missed by the naked eye. Women with one of the 12 other HPV genotypes can be followed-up in 12 months with repeat testing with both the HPV test and a Pap.

"We believe that there is still considerable confusion over the three current screening options, and the intervals at which they should be performed. We hope that our deliberations will go some way towards reducing this uncertainty. However, I would still like to see more data from the US, and evidence from other countries using primary HPV screening such as Australia and The Netherlands. But in the absence of data to the contrary, we believe that primary HPV testing has potential to further reduce cervical cancer in the US," Dr Huh said.

The second paper [2] reveals end-of-study results of the ATHENA trial which evaluated safety and effectiveness of HPV primary screening as an alternative to Pap in women of 25 years and older. 42,209 women in this age group were enrolled into the trial and had both Pap and HPV testing. Those with abnormal Pap test results and those who were HPV positive were referred for colposcopy.

"We found that HPV primary screening was as effective in women aged 25 years and over when compared to Pap alone for women 25 and 29 and cotesting for those aged 30 and over. However, HPV screening alone requires only one test, and this is important for many women who may not be able to afford the cost of two tests," said Dr Thomas Wright, a Professor Emeritus of Pathology and Cell Biology at Columbia University, New York, USA.

"When Pap screening is used in this age group, the women with missed high-grade cervical disease are told to return in three years for repeat screening and some are likely to develop invasive cervical cancer", said Dr Wright.

"Our results, from the first prospective US study to evaluate the performance of HPV primary screening, have shown clearly that this new screening approach should be considered as an option for women 25 years and older", Dr Wright said. However, he added that the recent FDA approval for HPV primary screening is limited to a single commercially available HPV test and to only one of the two widely utilised liquid-based Pap tests. "In order to facilitate the widespread adoption of this safe and effective method of screening, it would be advantageous to have additional HPV tests and the other liquid-based Pap tests approved. We hope that our research will help reduce morbidity and mortality from cervical cancer worldwide," he said.