Because nine human papillomavirus (HPV) subtypes were found to cause the majority of cervical precancers, a nine-valent HPV vaccine currently being investigated may be able to prevent more cervical cancers than current vaccines, according to research published in Cancer Epidemiology, Biomarkers & Prevention [1], a journal of the American Association for Cancer Research. 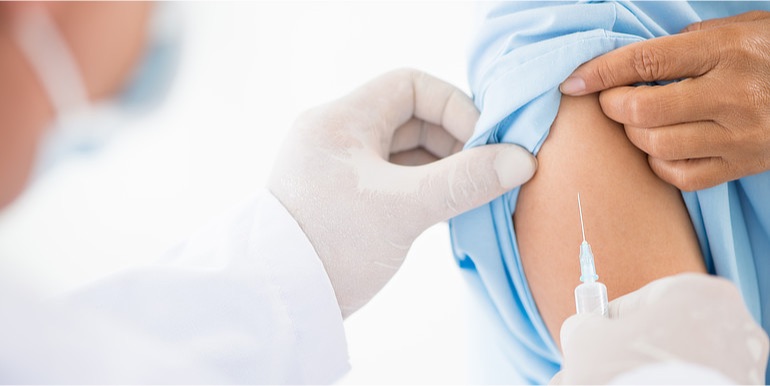 “We wanted to study how many cervical precancers could potentially be prevented by an investigational nine-valent HPV vaccine that provides protection against the HPV types 6, 11, 16, 18, 31, 33, 45, 52, and 58,” said Elmar A. Joura, MD, an associate professor of gynecology at the Medical University of Vienna in Austria. “Approximately 85 percent or more of precancerous lesions of the cervix were attributed to the nine HPV types covered in the vaccine; therefore, if nine-valent HPV vaccination programs are effectively implemented, the majority of these lesions could be prevented.

“Given the high vaccine efficacy that was observed in a large phase III clinical trial testing the nine-valent HPV vaccine, if vaccination programs with this new-generation vaccine are effectively implemented, approximately 90 percent of invasive cervical cancer cases worldwide could be prevented, in addition to the majority of precancerous lesions,” Joura added.

“Despite the clear safety profile of the currently disseminated HPV vaccines, uptake in the United States and other resource-rich countries has been inadequate,” said Joura. “To achieve the population-level potential of the HPV vaccine to reduce cancer, vaccine uptake must increase.”

Joura and colleagues used data from 12,514 women, ages 15 to 45, enrolled in the placebo arms of three clinical trials testing a quadrivalent HPV vaccine. Among these women, 2,507 were diagnosed with CIN1, CIN2, CIN3, or adenocarcinoma in-situ (AIS). The researchers estimated the number of precancers harboring the HPV types included in an investigational nine-valent HPV vaccine being developed by Merck and currently under review with the U.S. Food and Drug Administration.