Cancer Research UK scientists have discovered that a common gene fault in cervical cancer cells triggers a ripple of molecular signals - which makes the disease more aggressive, according to research published in the Journal of Pathology, today [1]. 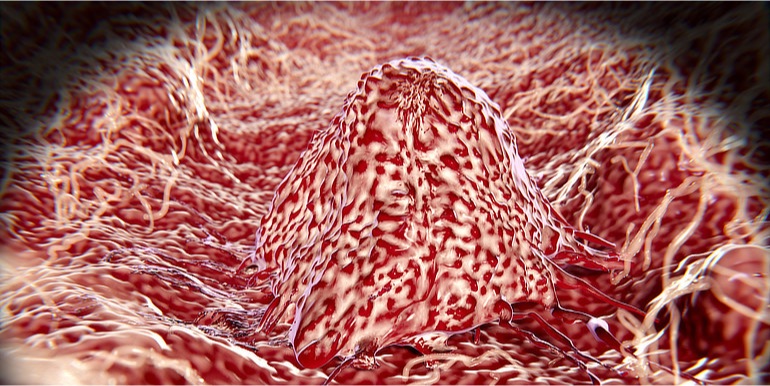 The scientists at Cambridge University increased and decreased the activity levels of a gene called Drosha in cervical cancer cells. Drosha is located on chromosome five which is overabundant in the majority of advanced cervical cancer tumours. Scientists believe the genes on chromosome five are linked to the development of the disease, but they do not yet understand how.

The team discovered that when Drosha is present in greater quantities in cervical cancer cells there is a change in the production levels of micro-RNAs. These changes can have the knock-on effect of triggering unusual behaviour in hundreds of important cell signalling genes. The end result of having too much Drosha is that the cancer cells become more aggressive.

This suggests that Drosha and related genes could be important targets for the development of future drugs to treat cervical cancer.

"We're now going to research whether new treatments for cervical cancer should target this gene, Drosha, itself, or some of the key micro-RNA signalling molecules it affects.

"It'll also be important to discover whether Drosha, or genes that co-operate with it, change levels of microRNAs in additional cancer types - not just cervical cancer."

Dr Lesley Walker, director of cancer information at Cancer Research UK, said: "Back in the 1970s, fewer than half of the women with cervical cancer survived for more than 10 years. Today, around two thirds survive - but there is more to be done.

"We're investing in new ways to prevent and treat the disease - for example we funded pioneering studies behind the development of the cervical cancer vaccine that is now available for girls and young women in the UK.

"And this latest study, which reveals how gene faults can make the disease progress, opens up new avenues of research to find ways to treat cervical cancer which may one day increase survival from the disease."